Between the iPhone 12 Mini, iPhone 12, iPhone 12 Pro and iPhone 12 Max, it’s not easy to navigate at first glance. By releasing four models for the end of 2020, Apple has above all sought to aim broad to attract as many consumers as possible. From the most compact model currently marketed to its largest format, from the most economical to the most expensive, we explain what you need to know about this new range of smartphones stamped with the Apple brand.

Design: back to the future

Similar in power (the four different models use the same state-of-the-art A14 Bionic processor) and in screen quality (Oled Super Retina XDR) and all 5G compatible, it is first and foremost on the design that the new iPhones differentiate themselves. By returning for its new models to straight edges as we had known them with the iPhone 4 and 5, Apple puts an end to the rounded design which was not unanimous but which ran from the iPhone 6 (released in 2014) . Looking back and lacking inspiration for some, innovation in know-how for others. The flat edges logically offer a more rigid grip but also a more refined character. Thinner than the iPhone 11, the 12 symbolically meets the expectations of fans of the brand for whom, with Apple, everything is always very “square”.

No risk-taking, therefore, but no false road in terms of design, with four models particularly well finished in the design. The two models of the Pro range are distinguished by a brushed aluminum back of the most beautiful effect but by shiny edges: designed to bring out the premium side, but which too easily mark every fingerprint. This is not the case with the 12 and 12 mini, whose matt edges remain “cleaner” in appearance. Each model welcomes new colors, quite “pop” for the 12 and 12 mini, including a beautiful blue, also present for the first time in the pro range in a darker shade. 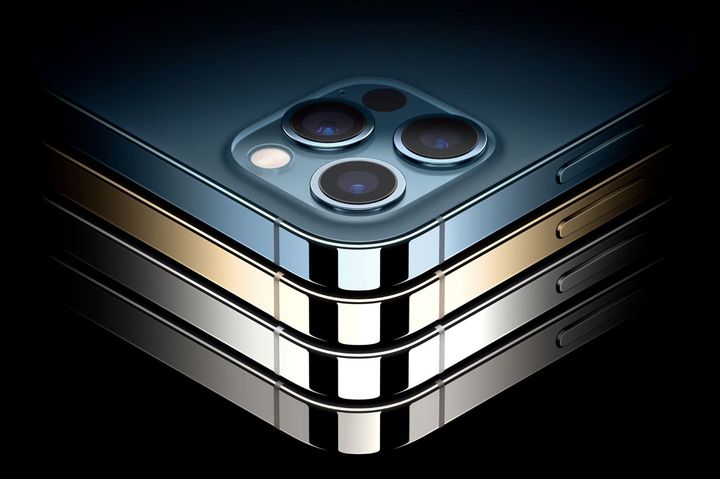 We may regret that these new iPhones still have this prominent notch compared to the competition, which has been able to reduce it to the minimum, or even make it completely disappear. A touch assumed by the American manufacturer and justified by the presence of Face ID (face detection), which is defined as the most effective security system on the smartphone market.

The camera: the Pro and Pro Max models slightly above

Apart from the price, it is really the criterion which can allow the most hesitant to decide between the models. The iPhone 12 and 12 mini only feature two main lenses of 12 megapixels each, with an ultra wide angle, 2x optical zoom, and 5x digital zoom. The Pro and Pro Max models offer a third lens, for better rendering in low light and larger zooms (4x optical and 10x digital). 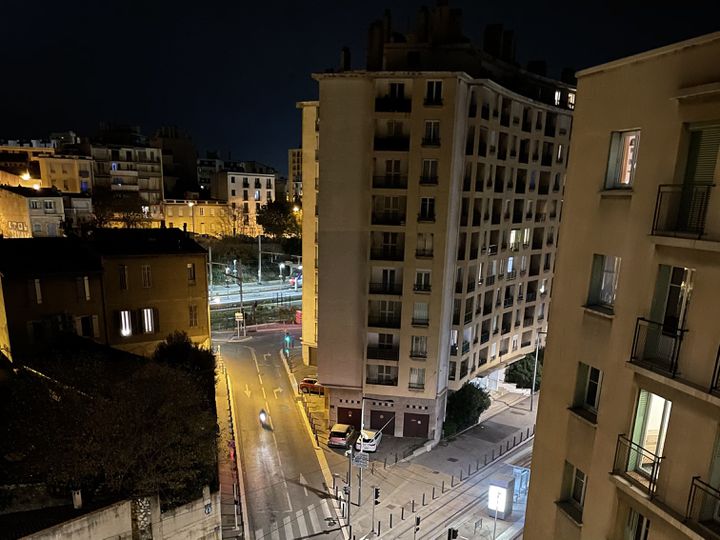 Rendering of night photos is slightly brighter on the iPhone 12 Pro. (A.J.)

Franceinfo was able to test the difference, and if it turns out that everyday photos with good brightness display an equivalent quality, the zoom performance of the Pro models is attractive. On the move for example, comparing the two smartphones in similar situations with equivalent brightness in 2x zoom, the iPhone 12 Pro photos show sharper and more precise details. The iPhone 12 Pro also have the ability to take better shots in backlight or dark situations, thanks to a Lidar scanner: this still little-known technology was already present on the iPad Pro 2020 and will in particular ensure recognition. in 3D of a room, an object or a person, and to take a step forward in future applications of augmented reality.

Image professionals will also appreciate the Apple ProRaw option, which will be available on both premium models with an upcoming iOS 14 update. For the uninitiated, the RAW format, used with SLR cameras is a “raw” file, larger, which allows parameters such as exposure, white balance or colors to be retouched a posteriori without degrading the quality of the image. A real plus for purists who like to rework the image in depth with advanced software like Photoshop.

In contrast to the giant iPhone 12 Pro Max and its 6.7-inch screen is the iPhone 12 Mini, 5.4 inches. According to Apple, this is the smallest 5G smartphone in the world. Smaller iPhone marketed since the first iPhone SE model, it was launched to win back consumers who could have turned away from the too expensive and too large Apple models to be tempted by Android smartphones with a more varied catalog. Even more compact than the iPhone SE (which offers the power of the iPhone 11 in an iPhone 8 design at a reduced price), its measurements will delight little hands: 13.15 cm high and 6.42 cm wide , and a featherweight of 133 g, against 162 g for the iPhone 12.

Identical to the iPhone 12 in terms of power and photo, it is logically less efficient in terms of its autonomy (less than a day in extensive use of the phone, when the iPhone 12, 12 Pro and 12 Pro Max hold several hours longer). However, it makes itself attractive thanks to its price: it is sold from 809 euros, when the iPhone 12 starts at 909 €, the 12 Pro at 1159 € and the 12 Pro Max at 1259 €. Prices that remain high, despite the absence of a charger in the box: these latest iPhones will not be affordable to all budgets at Christmas.

And the Watch? A Series 6 listening to health 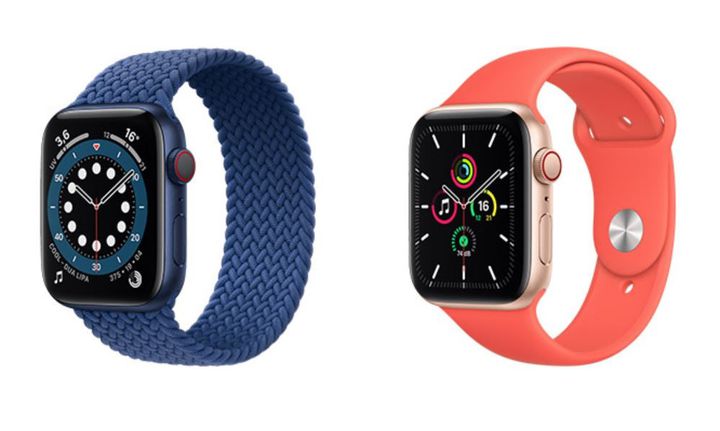 The Apple Watch Series 6 is available in a blue aluminum case like the iPhone 12, and still in gold. (APPLE)

To accompany the release of the new iPhones, Apple has also launched its Watch Series 6. No design change, although we welcome the arrival of a blue aluminum case and another red, in perfect harmony with the new colors of iPhone 12. Available in 40 and 44 mm like Series 5, its screen is brighter than the first models and uses the principle of Always-on (always on) that the first series did not have: previously, the screen went out and you had to make a movement in the direction of the face to tell the time. From now on, the brightness decreases but remains active to be able to observe your screen in any situation.

This Series 6 adds to the sensors already present to calculate your sports activity (accelerometer, gyroscope, GPS, compass, altimeter, etc.) a brand new tool for measuring the level of oxygen in the blood. The goal: to let you know if you are in good health. Indeed, the level of oxygen saturation of the blood is an indicator of your physical condition. The sensor measures the light reflected by the blood and the “Blood oxygen” application will then send a notification if a problem is detected. A good complement to the “Health” application of the iPhone and a real plus for athletes or people with medical care.

Another novelty, the Apple Watch can now get you out of a nightmare in the middle of the night. The WatchOS7 operating system makes it possible to detect sleep phases, and the NightWare application offers the possibility (if you keep your watch on your arm at night) to send you vibrations at the level of the wrist to interrupt a bad dream without wake up suddenly. This app analyzes your nocturnal behavior and shows itself capable of detecting anomalies within ten days. The Apple Watch Series 6 starts at $ 429 in a 40mm aluminum case ($ 459 in 44mm).

The economic and social cost of a deferred reopening can no...